0
was successfully added to your cart.
EventsNews

August 7, 2018 – Ingersoll LIVE is proud to be a local leader in the zero-waste movement. Now celebrating its 15th anniversary, this yearly street festival on The Avenues of Ingersoll & Grand was the first local Des Moines event to request zero-waste services. “Going into our eighth year of partnering with Recycle Me Iowa, we have learned so much together about putting on a great event that diverts as much waste as possible from our landfills,” said event coordinator McB McManus. “We are proud of the work we have done to educate our vendors and attendees about recycling and composting on a larger scale and reducing the amount of single-use plastics at Ingersoll LIVE.”

“Trash is trending more than ever thanks to the awareness from the anti-straw movement,” said Ciji Mitrisin, Recycle Me Iowa’s owner. “Even though we are talking about global issues, like plastic in the ocean, events such as Ingersoll LIVE have been part of the local solution for several years. I personally would love to see more event organizers be champions for zero-waste just like the organizers I work with at Ingersoll LIVE. No matter how big or small your event is, it makes an impact, and we like to make sure that impact is positive.”

Over the course of their partnership, Recycle Me Iowa and Ingersoll LIVE organizers have diverted over 2,400 pounds of waste from local landfills, representing nearly 75% of the total waste generated by attendees and vendors.

Ingersoll LIVE is the premier summer event of The Avenues of Ingersoll & Grand. The free, family-friendly street festival offers live music, local artists, kids’ inflatables, food and more throughout the afternoon and evening. The 15th Anniversary Ingersoll LIVE will be on Saturday, August 25, 2018 from 4:00 pm – 11:00 pm. The 2nd Annual Run The Avenues 5K and Fun Run will be held that morning at 8:00 am. More info at www.theavenuesdsm.com 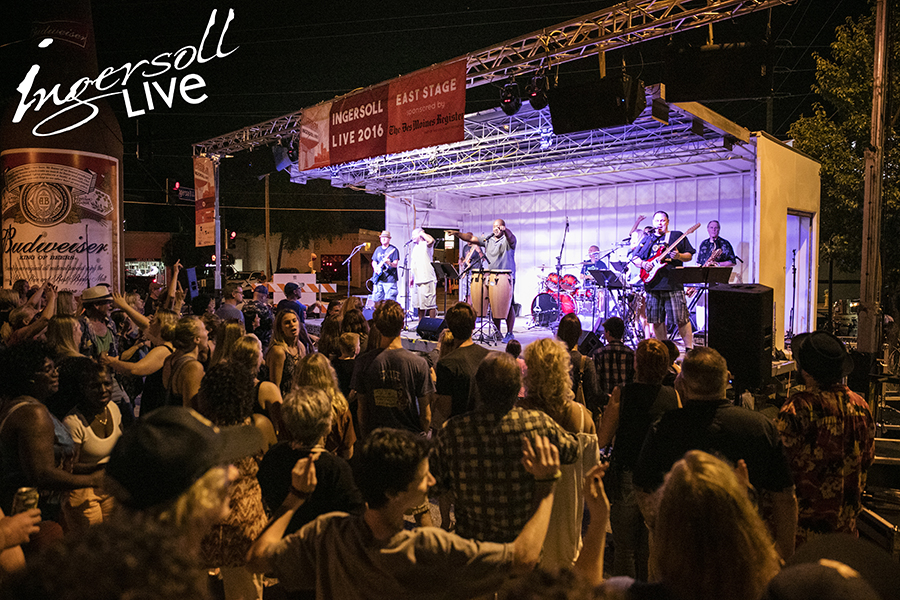