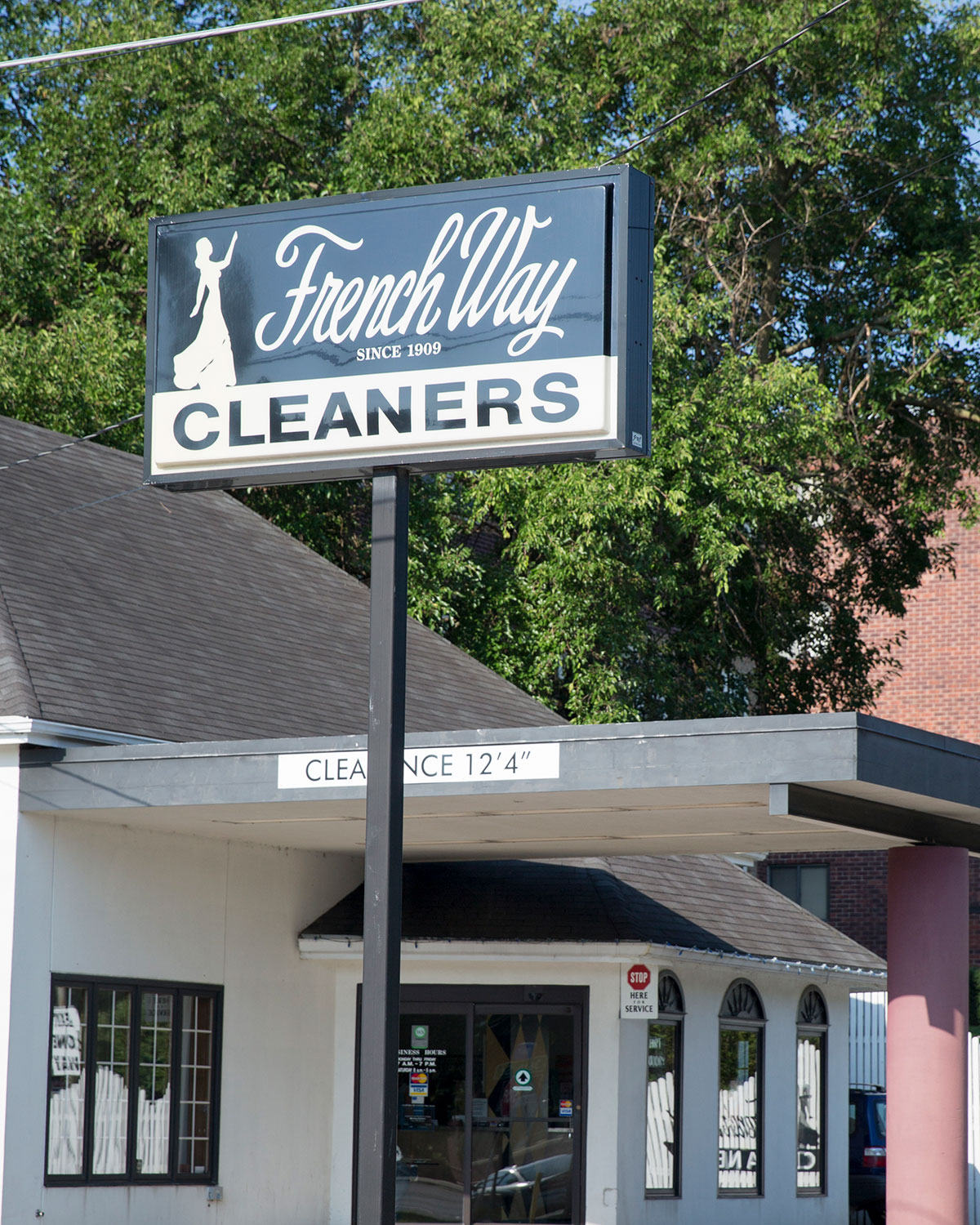 In 1909, when Clarence E. Roush founded his dry cleaning business in Des Moines, he chose the company’s name to reflect the “French Way” of cleaning fabrics with solvents. In 1948, Harold R. Galloway became sole owner of French Way Cleaners, selling it to his son-in-law and current owner Mike McBroom in 1974.