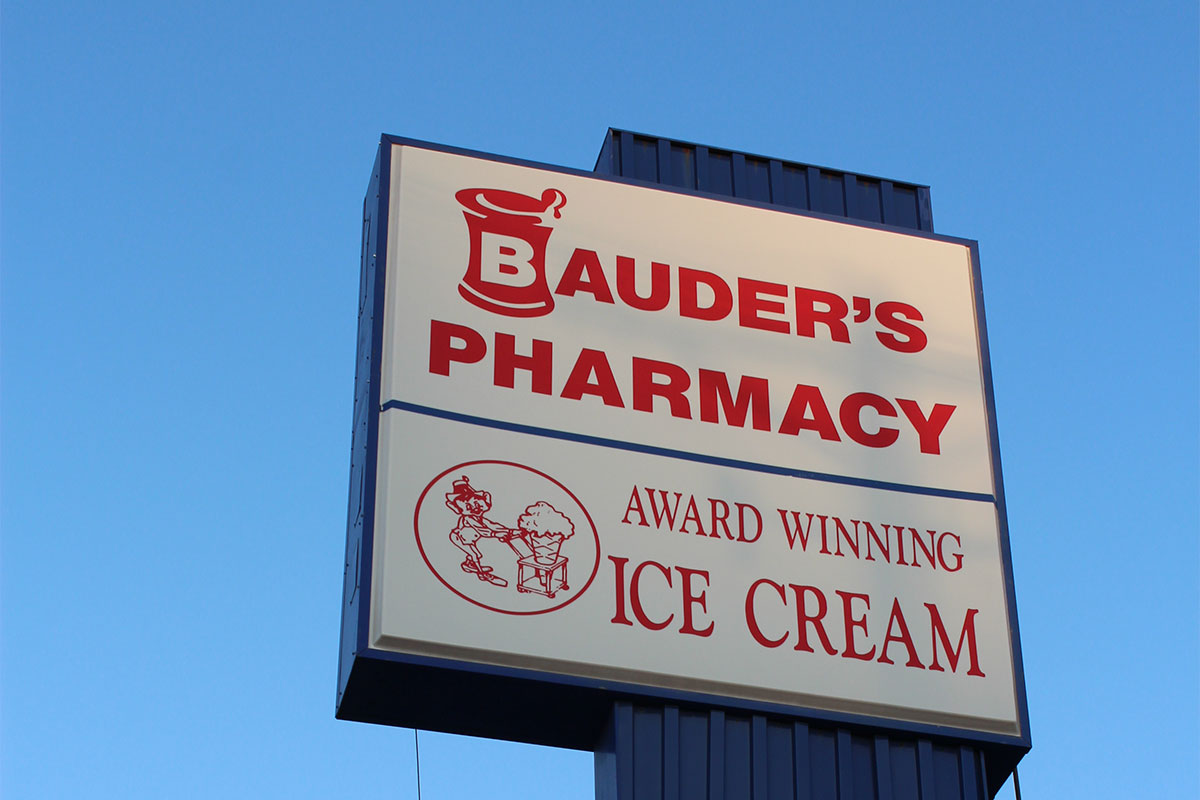 Bauder’s charm comes from its nostalgic soda fountain. It features a mint condition running Coke machine. All malts and drinks (green rivers, cherry cokes, and others) are all served in old fashion soda glasses. The fountain has a menu of famous sandwiches and drinks. Bauder’s egg salad sandwich was written up in Bon Appetit Magazine, the store has been written up numerous times in various publications.